Thumbs Down The Movie 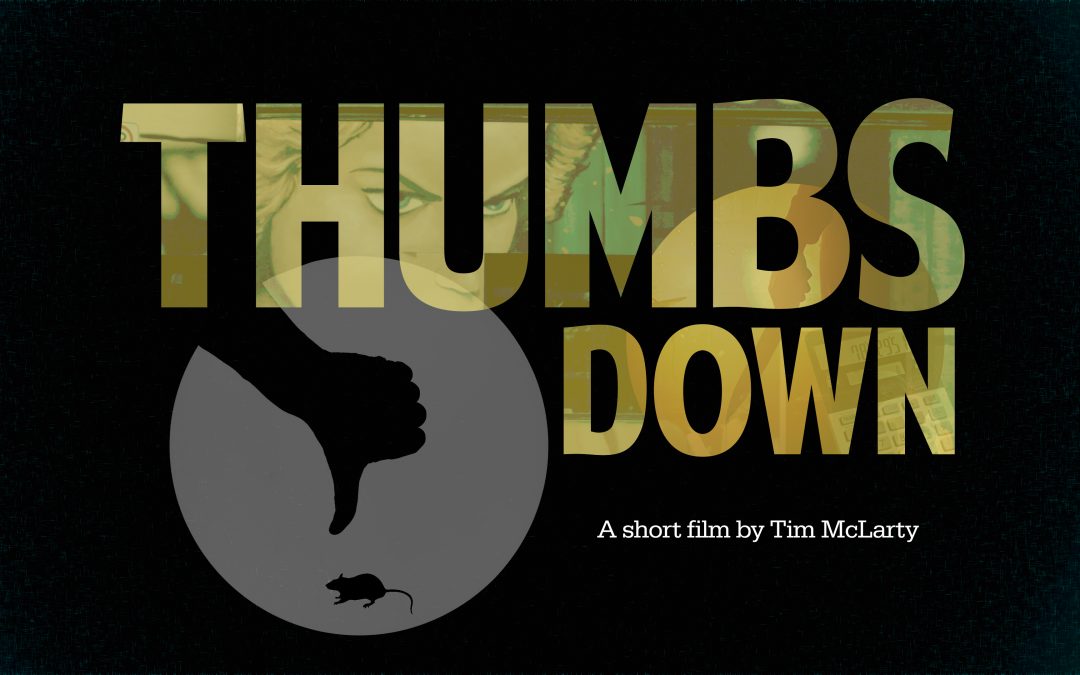 I’ve been a part of a beautiful film group for about 8 years. Tap (Toronto Actors Perform) was founded by Ivan Wanis Ruiz. He is a dynamic soul who also started a short film festival for all members of Tap.  Tapfest inspires members of Tap to get together and create a film. Some films are small and some are more ambitious, but the result is the same. We make something.  I’ve long believed the process of creating art, whether it’s films or macrame, is as important as the end product.  It’s therapeutic and it occupies parts of the brain that might otherwise be used for time wasting tasks like arguing on the internet.

This past December I had the amazing experience of writing and producing a short film with Tap members Dan Willmott, Justin Hay, Rosey Tyler, and a new Tap member I recruited, Susie Burnett.  I wanted to create something fun, a little light, a little dark. And yes I realize this sounds more like toast than film. The result was Thumbs Down.  It’s a short film with the protagonist, Steve McIntosh being a lifer accountant who decided 25 years in, he needed to see if there wasn’t something more to life than  calculators and columns. His company agreed to promote him. But there was one catch. Unbeknownst to Steve, his division was the “beard” company; a legitimate entity used to hide a crime syndicate. And because of his Steve’s special talent for moving money about, the head office wanted to move him to the more active  “urban” division.

This short film is Steve’s first day in his new position as he meets up with his new coworkers in a seedy downtown bar (our thanks to the management of The Cameron House).  It doesn’t take Steve long to figure out he’s in way over his head.

Thumbs Down features Dan Willmott as Trigger, the highly unreliable hitman, and the short fused underworld flunky, Flannigan, played by Justin Hay. Tap members will recognize Rosey Tyler’s voice as the receptionist.  Susie Burnett rounds out the cast as the syndicate master mind, Lorraine Lasky.  I play the part of Steve.

Please check out the film at the Toronto Short Film Festival in March.  I would appreciate your support more than words can say.

Tim McLarty makes media and is a communications specialist. He has written and produced over 4000 commercials for screen and radio and countless websites. He was a broadcaster across Canada for 17 years and taught writing and voice in the Media Arts program at Humber College for 9 years. Today he continues to work with clients looking to build out their brand with effective video and web and pursue film projects, both his and others.  In his spare time he shakes his fist at the TV waiting for the first Leafs Stanley cup since 1967. And he travels to any country that will have him. (Post pandemic).